Should Single Muslims Marry Up or Marry Down? Finding your perfect spouse means finding the right balance between expectations, realities, and good luck. For centuries, women have fantasized that a tall, dark, handsome prince riding a golden chariot would come and woo them, but this seldom seems the case, rationally speaking. Every day we find hundreds of stories of Muslim women marrying down for one reason or another. Hypogamy, or marrying down as we generally say, has been the fate of many women bound by cultural, societal, or personal reasons. 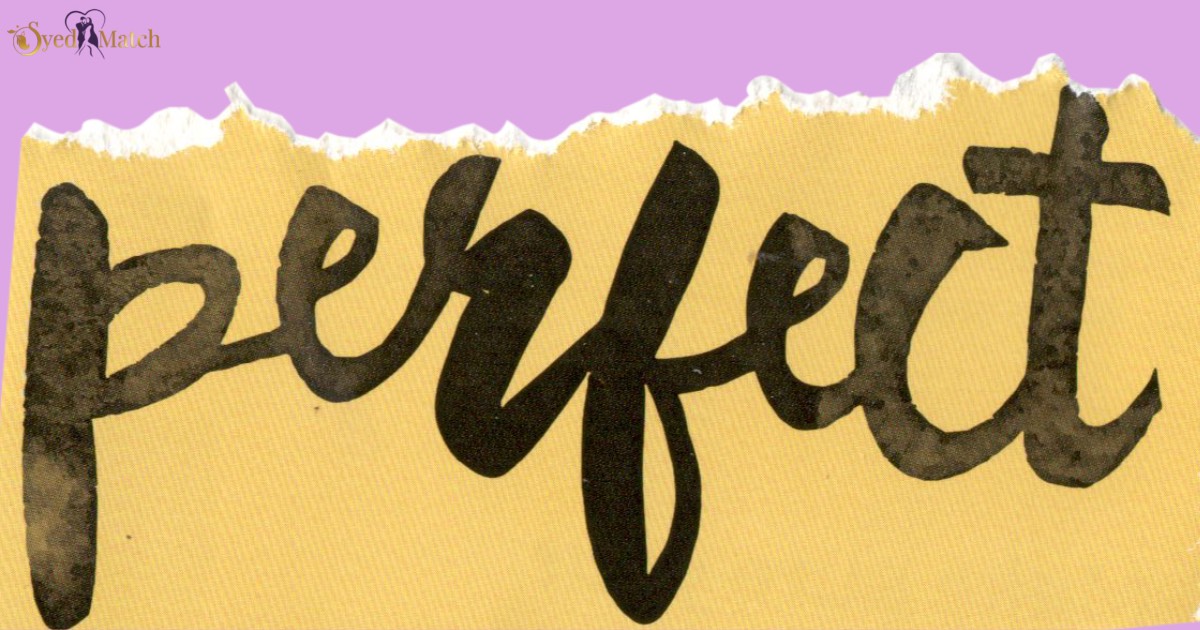 Hypogamy is a Greek word that defines when someone marries a spouse of a lower social and economic class. This concept was previously more common in men than women as it helped them maintain the locus of power and supremacy in a marital relationship. This was also dictated by the patriarchic demand that men be the sole bread earners. However, studies now indicate that women are following this notion; the tables have turned with changing trends, awareness of feminism, and the advancement of females in the professional world.

What can be the reasons for the class differences in marriage?

Dominance and Financial Security when looking for a life partner. 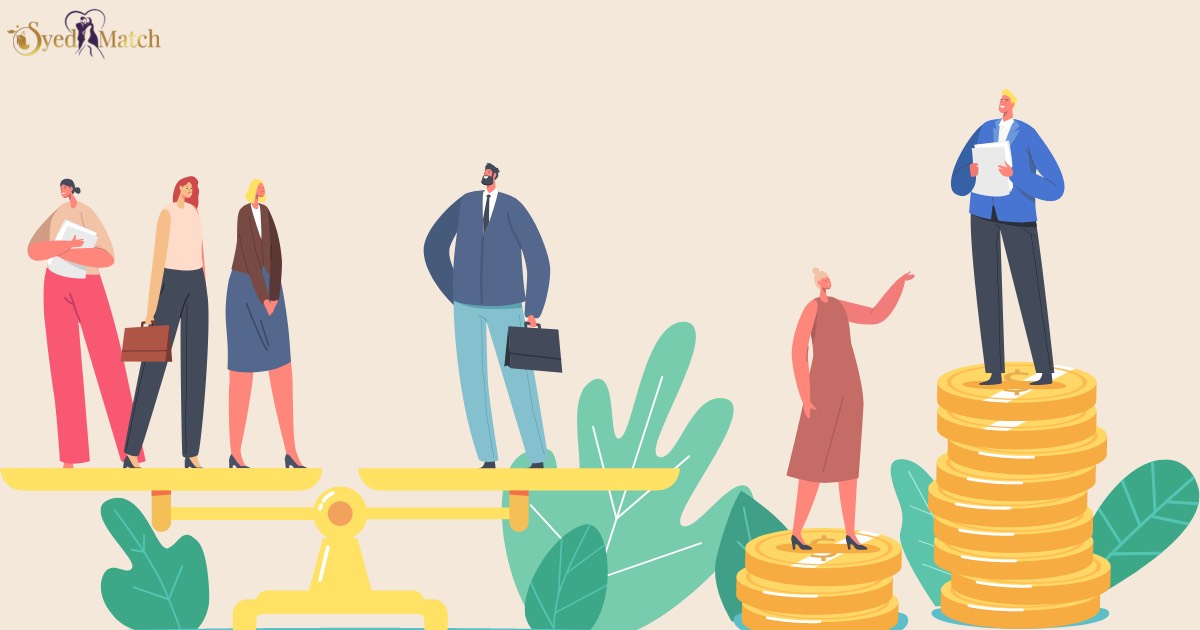 In recent trends, women have moved up the fiscal ladder due to their progression in both education and professional field. The equal employment opportunity narrative has given them the autonomy to stand shoulder to shoulder with all men, regardless of their occupation or background. This self-sufficiency has given them the right to enjoy privilege in the marital role, so they tend to marry down to actualize it. They find themselves financially secure when they are in a position to earn more than their husbands.

Are Compatible marriages easy to arrange? Or Is marriage compatibility achievable? 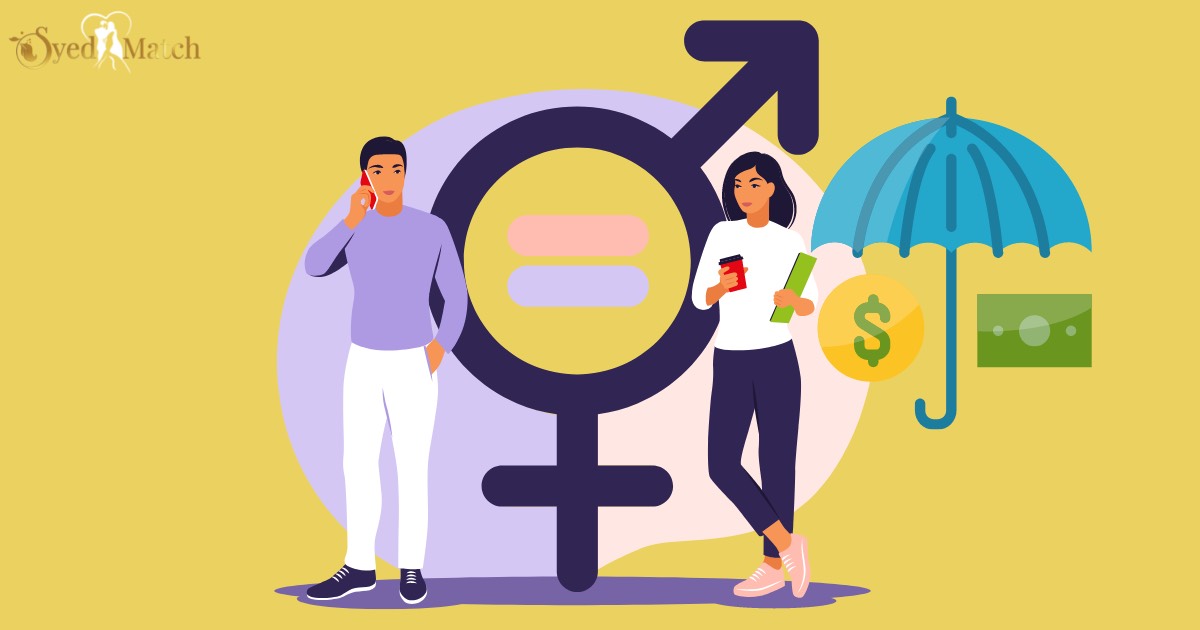 This change in status quo in terms of qualification has a downside too. Women cannot find single men that are of equal or better standing and therefore have to settle for less. Single Men also don’t want to marry up because many of them are insecure in their own stature. However, with awareness campaigns and discussions centered around acceptance and equality, the old patterns are changing.

According to the sub-continent’s culture and traditions, it is quite common to observe families believe in marrying down for their sons, whereas marrying up for their daughters to maintain the balance of power and respect in the household in particular and society in general. However, this concept leads to many complications, such as acceptance and adjustment issues for the daughters-in-law. Therefore, before making this leap of faith, single Muslim men and single Muslim Women must ensure that there is a certain level of respect. They also must ensure that their family is also willing to foster love and respect, to strengthen the bonds created by matrimony.

Marriages should stand firmly on love and respect; both husband and wife should adhere to each other’s values and beliefs rather than snubbing them on their shortcomings. Levelheaded elders should offer their insight based on experience or involve genuine Matrimonial sites to ensure that there isn’t a wide and irreparable gap between the couple intellectually, financially, and education-wise so that like-mindedness is prevalent. 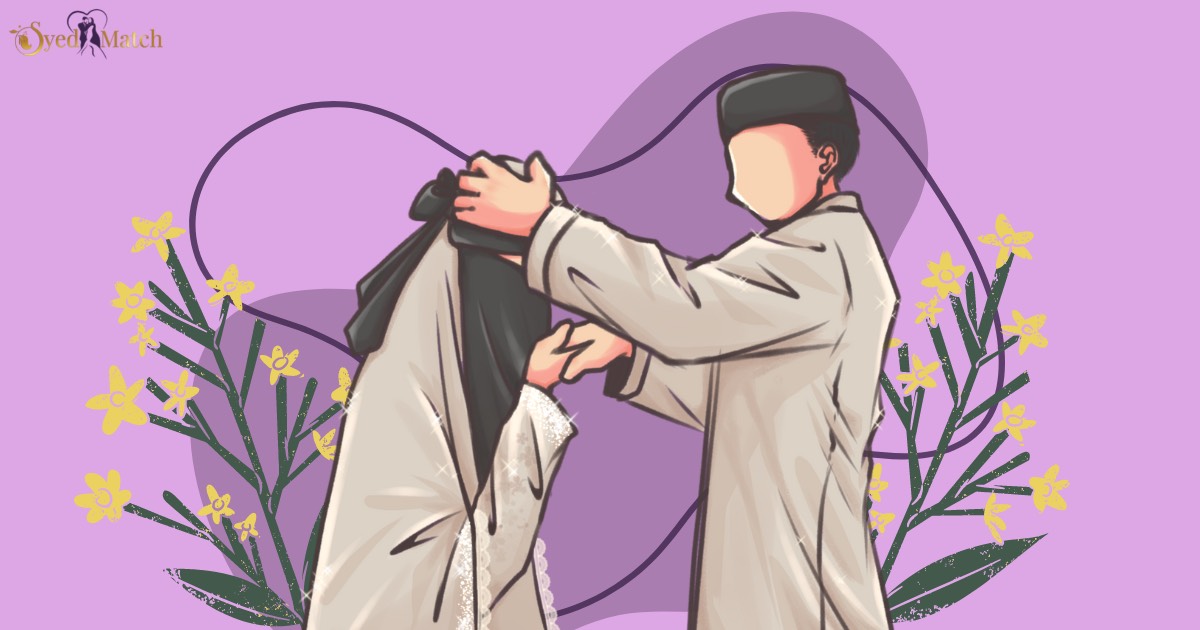 Predominantly in the South Asian culture, parents used to arrange marriages for their children and would seek the most financially feasible option for them. Therefore, they would mostly consider financial status, caste, familial background, and education when choosing eligible prospects. However, the internet has opened up various connections, such as dating apps and social platforms, where people may fall in love, and ignore factors that others may consider. They choose their life partners despite differences in social and economic status. This has caused an upward trend in love marriages but, unfortunately, has also caused an increase in divorce rates.

Biological Clock for Single Muslim Women – Is there such a thing? 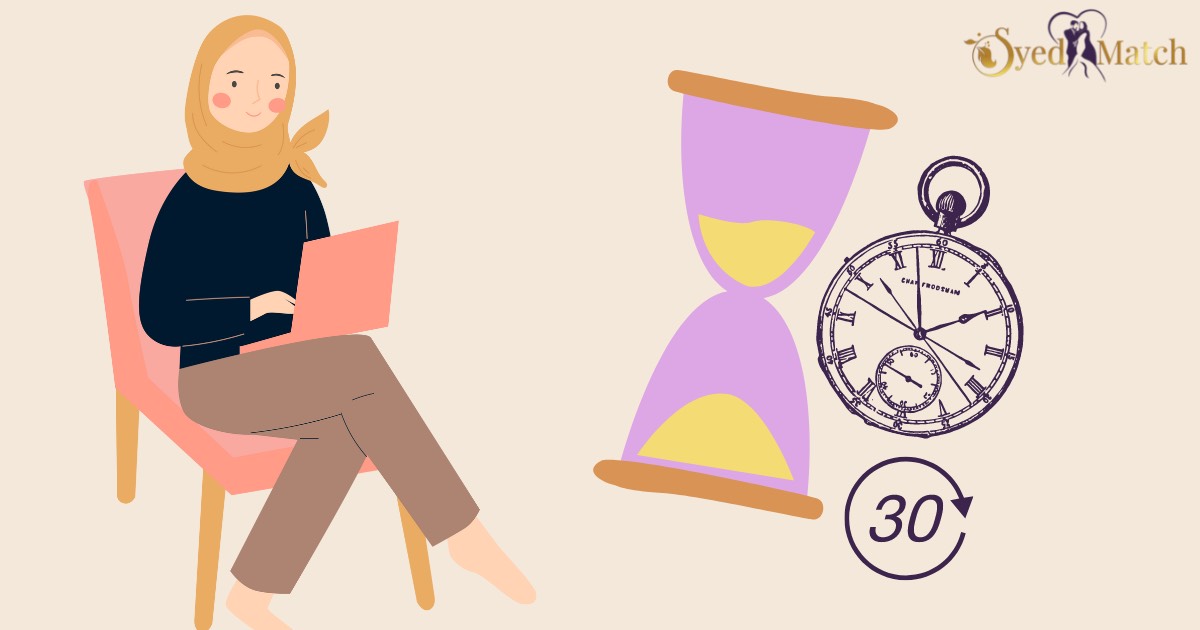 The stigma still prevalent in the society that as the girl reaches 30, the biological clock is ticking towards the expiry date also has made hypogamy a reality. Women who prioritize high standards of education and professional qualifications before getting married, often start looking into marriage by the age of 30. Then, society attaches an expiry date to them and forces them to marry down and settle for anyone who may look the part of a husband. This often means that they may be labeled as headstrong, picky, and willful before even entering a relationship. Needless to say, this baggage is quite heavy to lug on a new pathway of life. 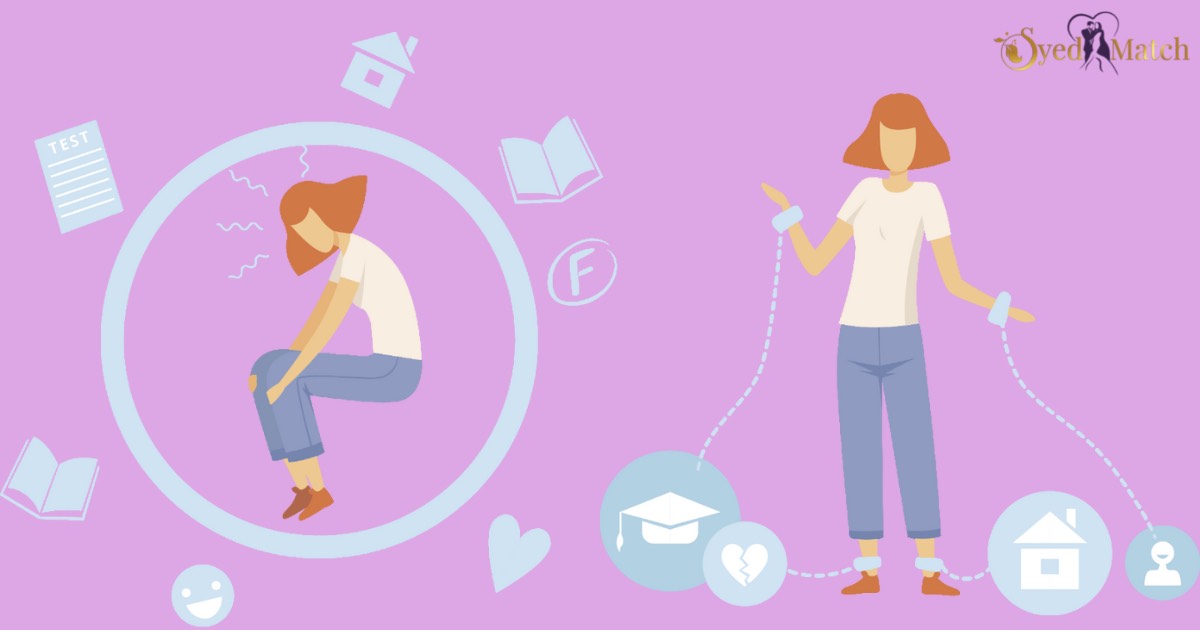 Despite all progression and mental growth, a significant chunk of the single Muslim population is still under pressure and unwillingly placed in the race to get married as soon as possible. The constant assessments and comparisons with XYZ getting married young, the insecurities of complexion, physical attributes such as height, physique, education, dowry demands, and Rishta trolley parades have raised the fear of rejection and depression. This pressure forces them to marry down the social ladder to put an end to the constant questions, rather than waiting for the perfect companionship. 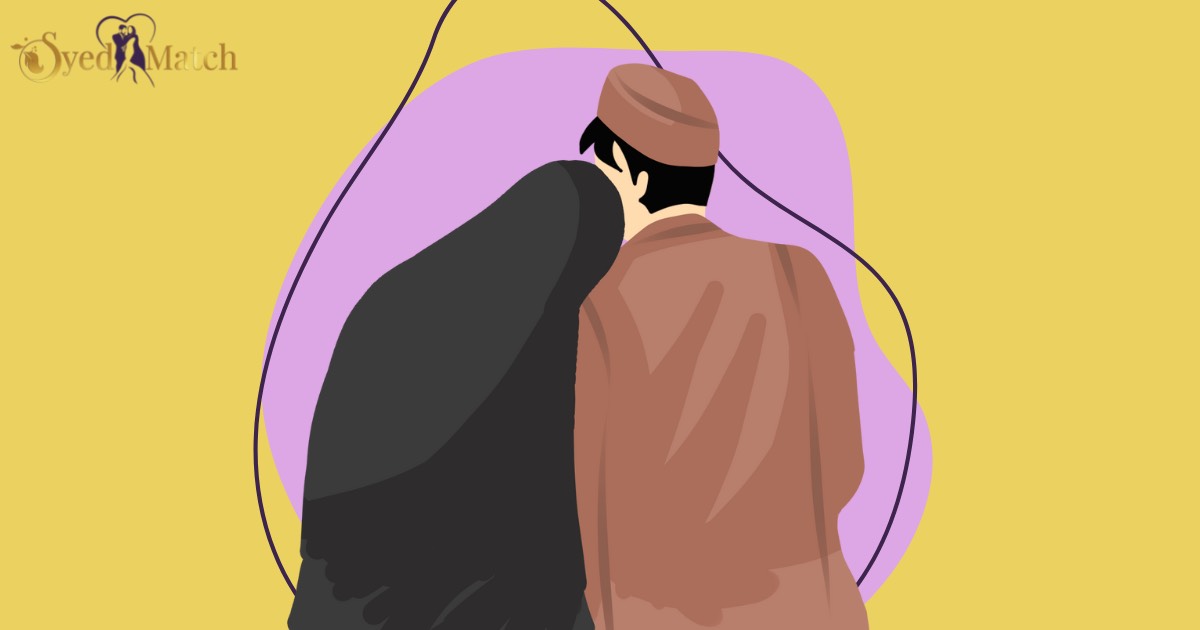 Marrying down or marrying up is a debatable notion in society only because of cultural expectations. From an Islamic standpoint, in a tradition narrated By Hazrat Abu Huraira(R.A), once the Holy Prophet (PBUH) was questioned on the attributes for choosing a spouse, He highlighted four factors, beauty, property, rank, and religion. He advised selecting one with the highest religious values. Islam advises considering the value of character and righteousness rather than social status.

Marriages should stand firmly on love and respect; both husband and wife should adhere to each other’s values and beliefs rather than snubbing the other for their shortcomings. One should responsibly weigh the option or involve genuine Muslim Matrimonial sites Like SyedMatch to ensure that there isn’t too wide of a gap between the couple intellectually, financially, and educationally so that a match made between the two is strong and long-lasting..

Whether you choose to marry someone from your own social standing or otherwise, the key to a happy marriage is understanding your partner’s needs and respect that goes both ways. If you are still single and looking for a match, look no more and find your life partner based on your personal preferences. Join SyedMatch.com and find love the halal way.