Why Does Islam Encourage Marrying Early? There are 2 billion Muslims in the world, with a median age of 23—five years younger than the global median of 28. A young population that lives amid an increasingly morally corrupt world. They live in an age that constantly calls out to them to live as they please and be free of commitments and obligations. In a world of decreasing social scruples, Islam encourages Muslim men and women to get married early so that they can abstain from temptation.

Islam encourages early marriages so that young Muslims can grow together and are able to find lifelong friends. A partner, who wants to explore similar activities and enjoy life without the fear of falling into sin. As the western world finds itself reeling from the impacts of a society that is becoming predominantly non-committal, Islam paves the way for healthy relationships and encourages young Muslims to get married when they reach maturity.

What are the right preconditions for Marriage in Islam? 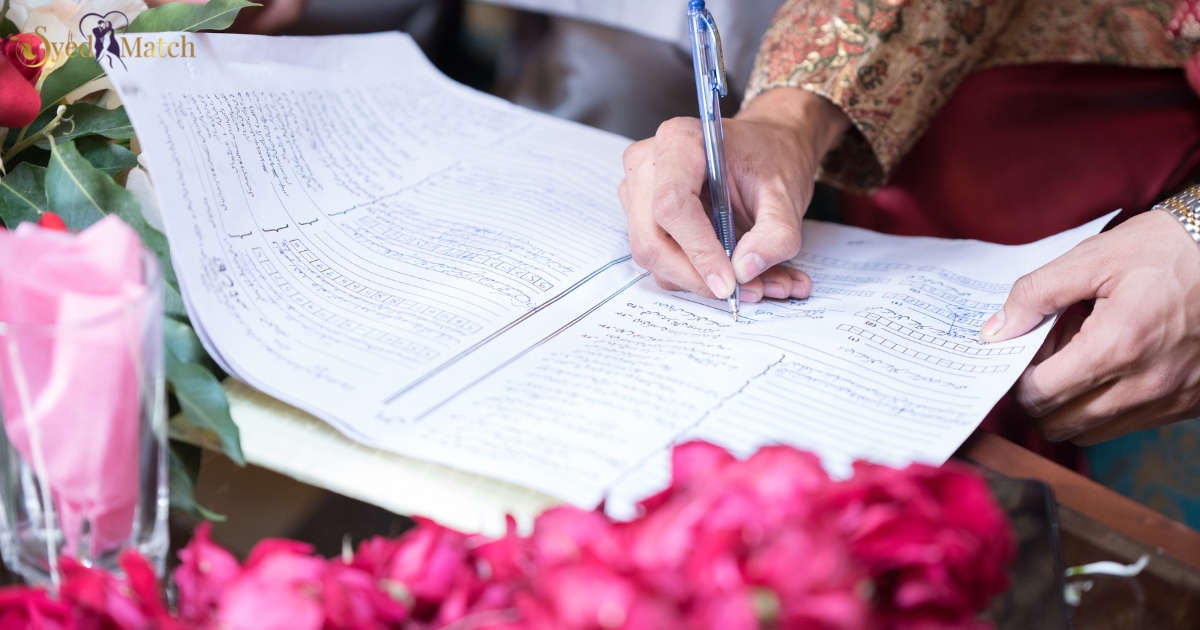 What constitutes the right age to get married? It is required that the man must have the financial, psychological, and physical ability to fulfill his role as a husband. It is also essential that the match being made is based on a mix of all factors. Matches cannot be based solely on religiousness or financial strength. Preconditions like “puberty”, and “financial soundness”, do not mean that if a boy or girl hits puberty it becomes imperative that they get married. It simply indicates that they must reach maturity to successfully manage a household. Early marriages are a way of keeping Young Muslims away from haram but not at the cost of their physical or mental health. To promote healthy relationships and longevity, it is imperative that the couple reaches maturity before deciding to get married. Therefore, what is important in determining the ripe age for marriage is one’s own level of maturity and readiness, whether one has reached the legal age for marriage or not!

As Muslims, we can find “Hidayah” in the Sunnah of the Holy Prophet and seek guidance through the teachings of the Holy Quran. Islam validates a marriage only when there is consent from both the bride and the groom. Consisting of “IJAB” – the offer and “QUBUL” – acceptance of the offer in the presence of 2 witnesses. The Nikah document is a legally binding document that comes with clauses for the protection of rights for women, the allowance to add your own vows or conditions for reconciliation, monthly upkeep, etc. It is important to enlighten young Muslim men and women regarding such matters so that they can make informed decisions.

Why Does Islam Encourage Marrying Early And Stop Youngsters From Going Astray From The Righteous Path? 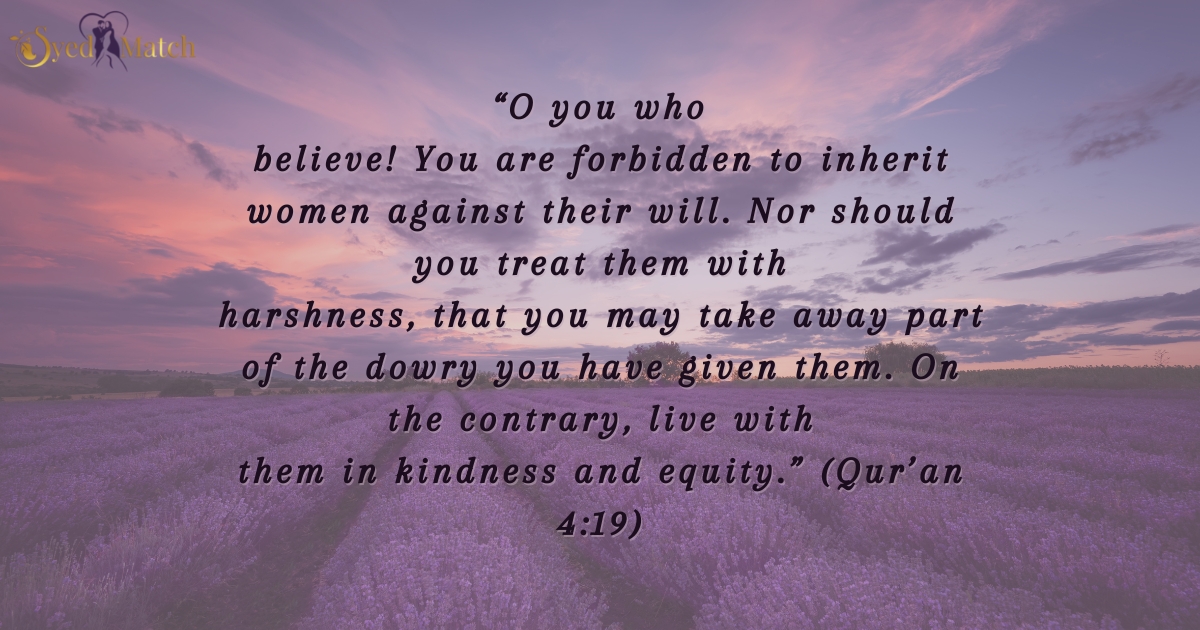 Marriage creates a safe space and provides a healthy and safe outlet for natural, youth-related inclinations. This is a road that can go both ways, parents should not dismiss their children if they indicate their desire to get married. Likewise, Young Muslim men and women should not dismiss their parents, if there is a proposal that meets the preconditions. The absence of nikah only leads to the spread of promiscuity and moral corruption in society. It is our religious and moral duty to initiate conversations that bring guidance to all.

Negation of the Defamatory Allegations Against Young Muslims Getting Married 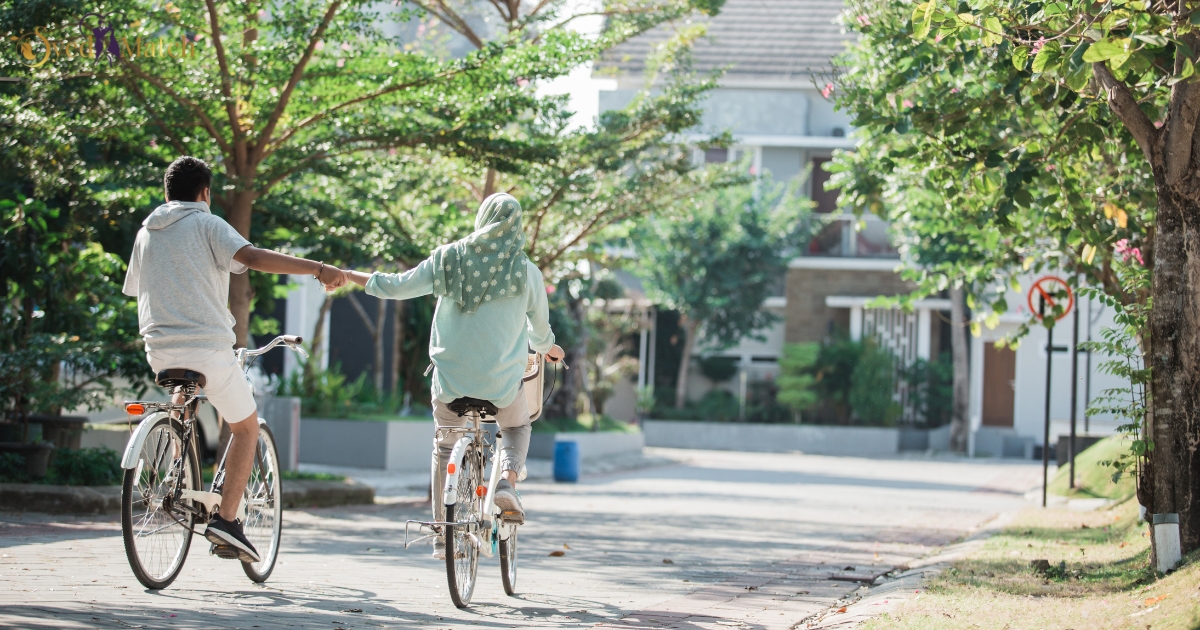 There are preconceived notions in the Western world that Muslims marry off their girls as child brides in an attempt to subjugate them. Whereby, stripping them of their rights and condemning them to a life of misery. A life in which the girl is at the beck and call of her husband who feels free to oppress and marginalize her.

They couldn’t be further from the truth.

Islam has provided ironclad rights to Muslim women. The Shariya protects Muslim women in their marital life in many respects. The husband must provide bridal money, accommodation, house help, and most importantly love, and affection accompanied by gentle behavior.

Allah SWT reinstates the importance of a kind demeanor towards wives in the Qur’an, “O you who believe! You are forbidden to inherit women against their will. Nor should you treat them with harshness, that you may take away part of the dowry you have given them. On the contrary, live with them in kindness and equity.” (Qur’an 4:19)

We must play our part in debunking the popular belief that Muslim marriages are arranged upon entering puberty. What is frequently brought into the conversation is Ma Ayesha’s (R.A) age upon entering marriage with prophet Muhammad (PBUH). Scholars with knowledge of hadith maintain that she was married upon maturity not upon reaching puberty.

Another widespread misconception is that parents of Muslim daughters may not postpone their daughter’s marriage once they have received a proposal. What remains to be clarified, clearly communicated, and understood before reaching a decision is…

Matches are made by young Muslims and their parents after doing some basic investigation into their character, moral and religious standing, financial strength, and compatibility. For the match to be viable, age should be an important consideration as well. Young Muslim marriages should be committed to at personal discretion and should be facilitated instead of being made difficult. They must be promoted as a halal mode of life, to prevent our younger generation from falling into the vices of adultery and waywardness. A number of Muslim matrimonial websites offer matchmaking services for Muslims of all ages.

SyedMatch is an exclusive Muslim matrimonial website that takes pride in hosting verified accounts in its database to allow for ease in proceedings towards marriage. Young single Muslims who feel ready to tie the knot are invited to sign-up and find a prospective life partner. Join Syedmatch.com today and find love the Halal way.